The story of Alcock and Brown

This week i have been assistant designing for a designer called Helen Davies, I have been developing her original idea and making the scale model of the set.

The play tells the story of 'Alcock and Brown', the first men to complete the continuous transatlantic flight in 1919.

The design is complicated as everything i have made transforms into something else throughout the play. The design is based around the central cockpit, which evolves from a truck carrying all the props and set pieces for the performance, to a stage, to the interior of the plane. The wings are fabric and roll up so sit inside the base of the truck.
The different scenes and set are all achieved using props. 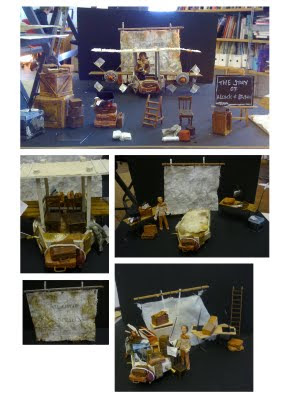 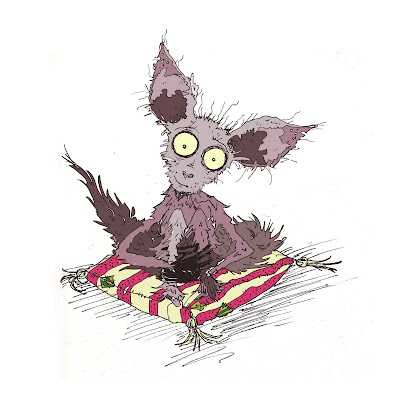 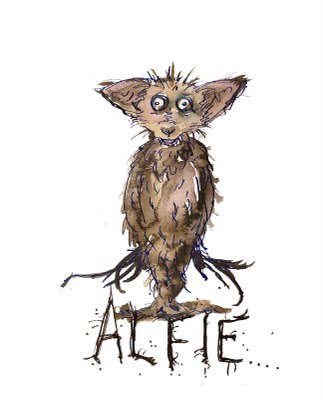 Here is an image of Alfie, drawn using ink and coloured with water colour 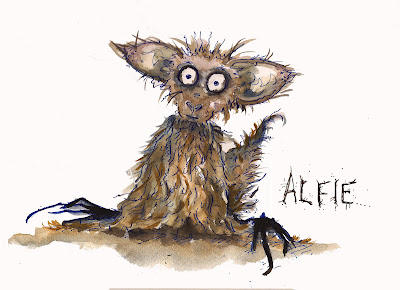 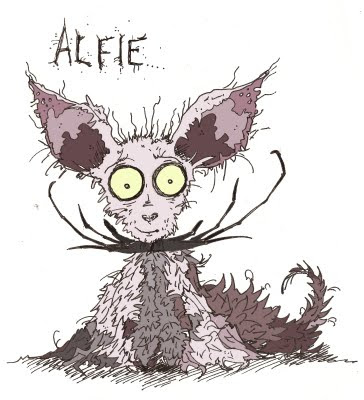 After recently watching 'Last chance to see" I discovered the.. 'Aye aye".
One of the most interesting animals I have ever seen. They are particularly interesting to me as they are considered (unfairly) one of natures ugliest creatures.

They have a really long spindly finger that they use to tap on tree branches whilst listening with their enormous ears for grubs and beetles. Once detected they use their long finger to claw into the holes and pull out their tasty prize.

Ancient Malagasy legend said that the Aye-aye was a symbol of death. 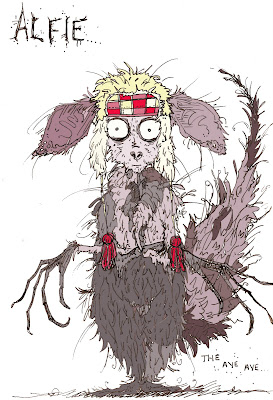 I starting thinking about an Aye aye character and thought it would be a really great story for a childrens book. Today i started sketching my Aye aye..now named Alfie, and these are the first images i came up with. 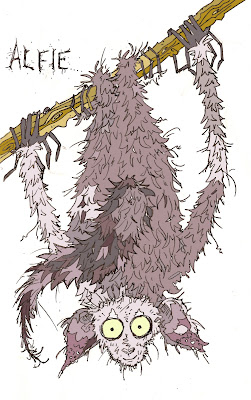