Puss in Boots 2014 at the Georgian Theatre Royal

I have started work on the set and props design for This tyears Panto at the Georgian Theatre Royal 'Puss in Boots'. I'm very happy to be working with the same creative/production team as Cinderella. This years Panto will be set in the 1950's, here are some of my research images: 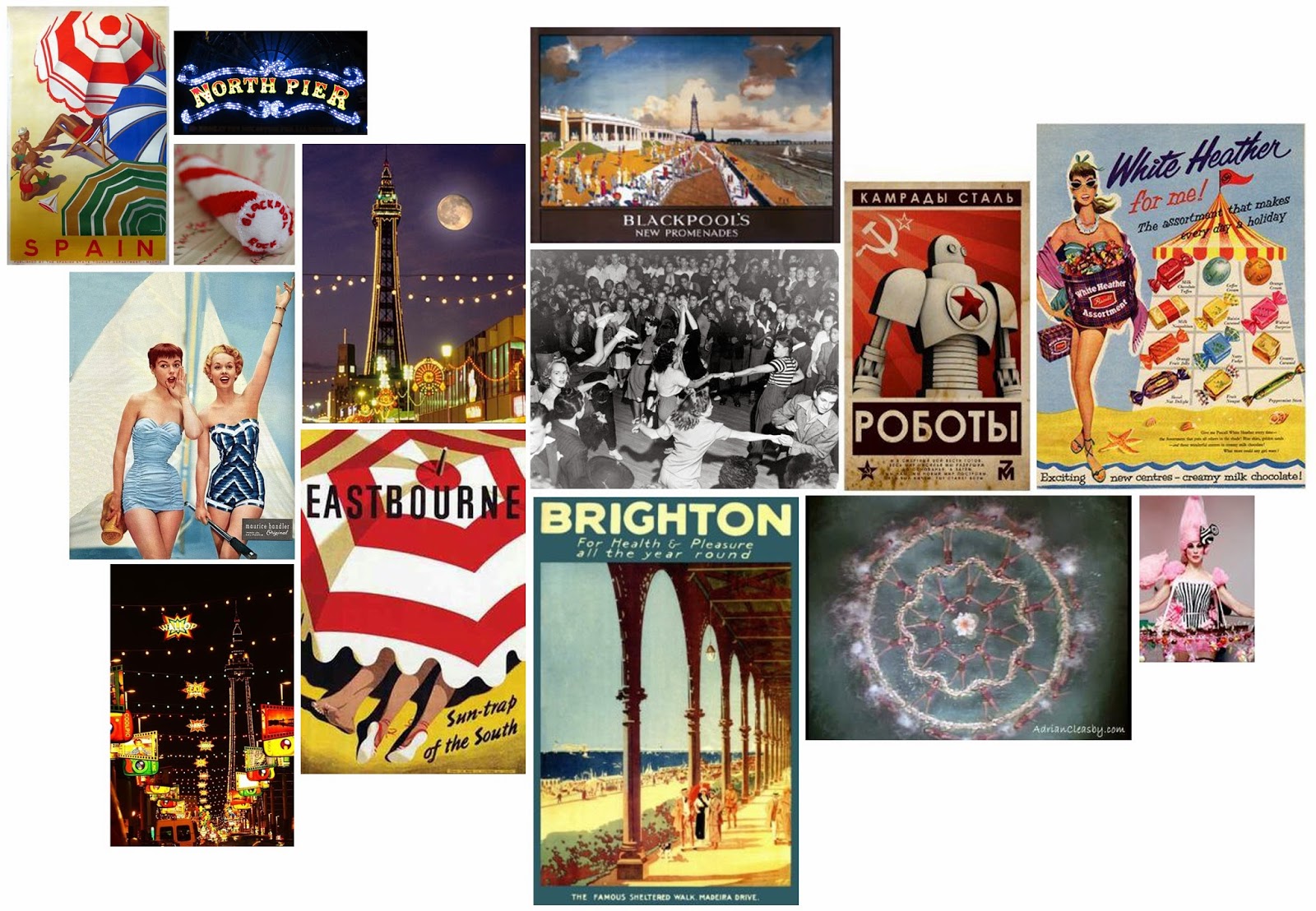 Here is a link to my Pinterest board for Puss in Boots with lots more research images and ideas:


Puss in Boots Pinterest board
Posted by Kelly Jago at 09:36 No comments:

I am currently working with Tony Lidington on a Raree man Peepshow project.
I will be designing the peepshow box, cart & internal designs

A bit about the show from Tony:

The peepshow was one of the most popular forms of street entertainment in the 18th and 19th centuries - not only depicting scenes for amusement, but often as a medium to educate, showcase exotic locations and inform a captive audience about key events past and present. We believe this is the perfect medium to engage with the contemporary passing public– a show that is at once interruptive and intimate, familiar and unexpected…an immersive experience in miniature!

The Raree Show will be a live performance of a fully mobile, self-contained peepshow for the Twenty-First Century. The peepshow will display a series of re-imagined automated tales using pre-cinematic techniques on a contemporary theme. In keeping with Promenade Promotions’ mission to develop historical popular entertainment forms and present them in contemporary contexts. 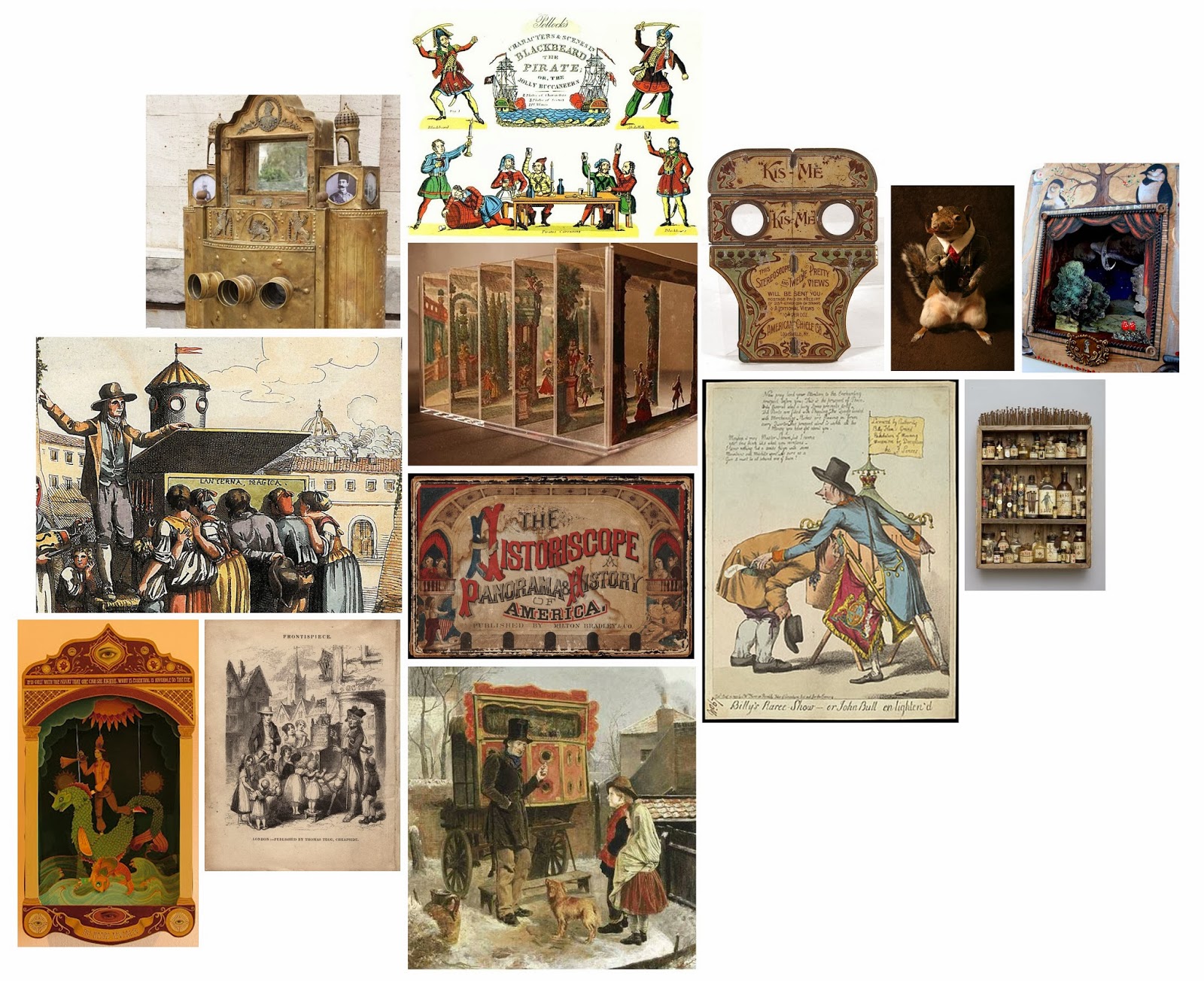 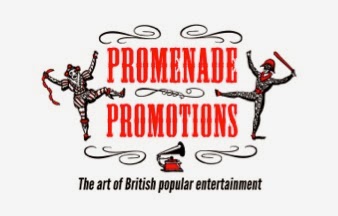 I am currently designing an installation for '365 Leeds Stories'. 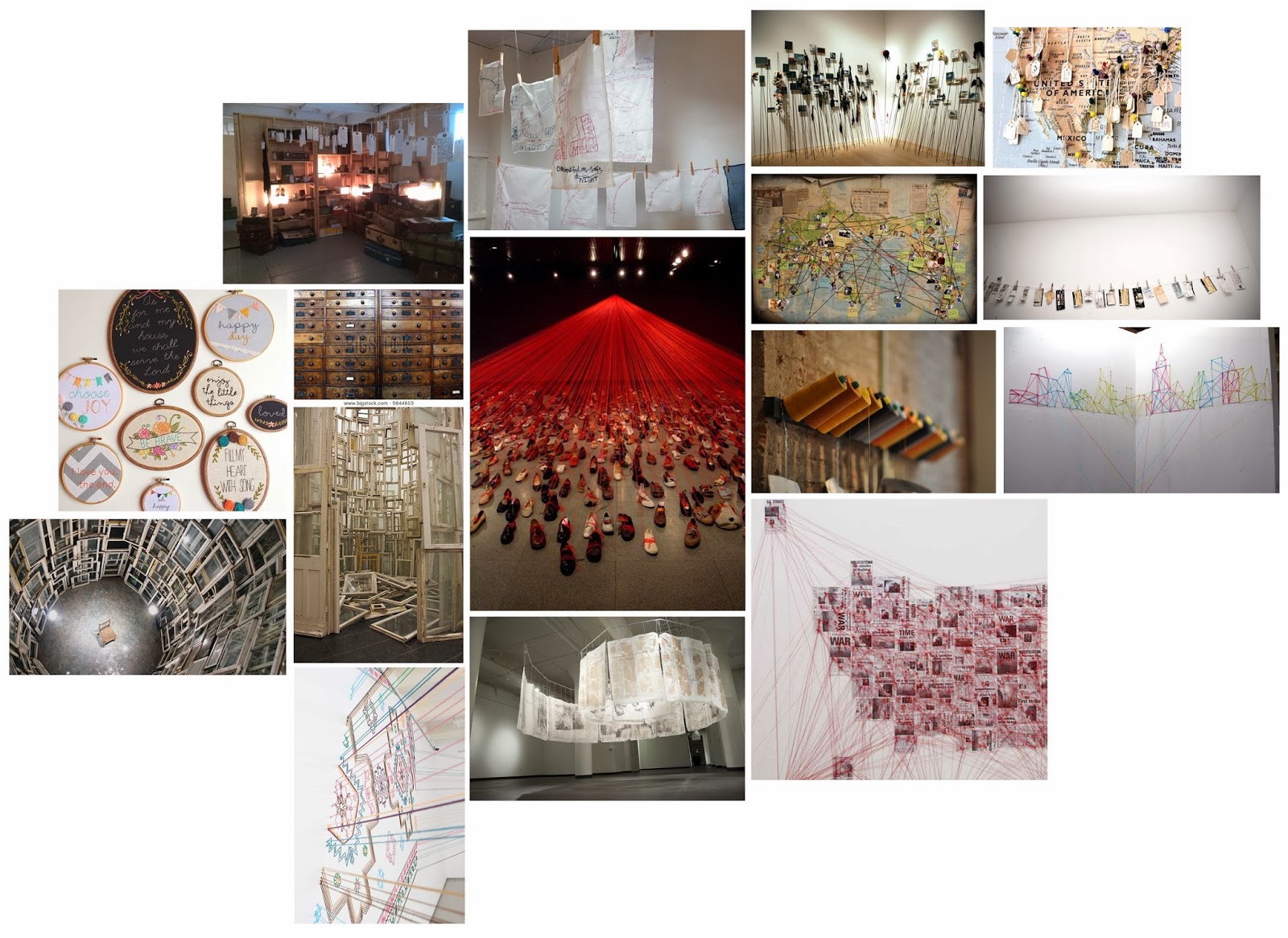 Between Autumn 2013 and Summer 2014, Alison Andrews and Matthew Bellwood will be working with people from all over Leeds to create a series of maps of the city. These will be produced in collaboration with a range of other artists. Maps will be sung, embroidered, floated down rivers, fixed on to buses and rendered as shadows. Each map will show the city from a different perspective.
In May 2014, the maps and the stories they tell will be presented in Leeds Central Library where they will take the form of a labyrinth, an interactive maze of maps through which new routes and journeys may be imagined.

I have been collecting lots of research images and pinning them to my Pinterest board:

In february I painted this dance floor, assisted by Ria Wilcox and Dean Sudron,
for 'Little Red Riding Hood', designed by Laura McEwen. 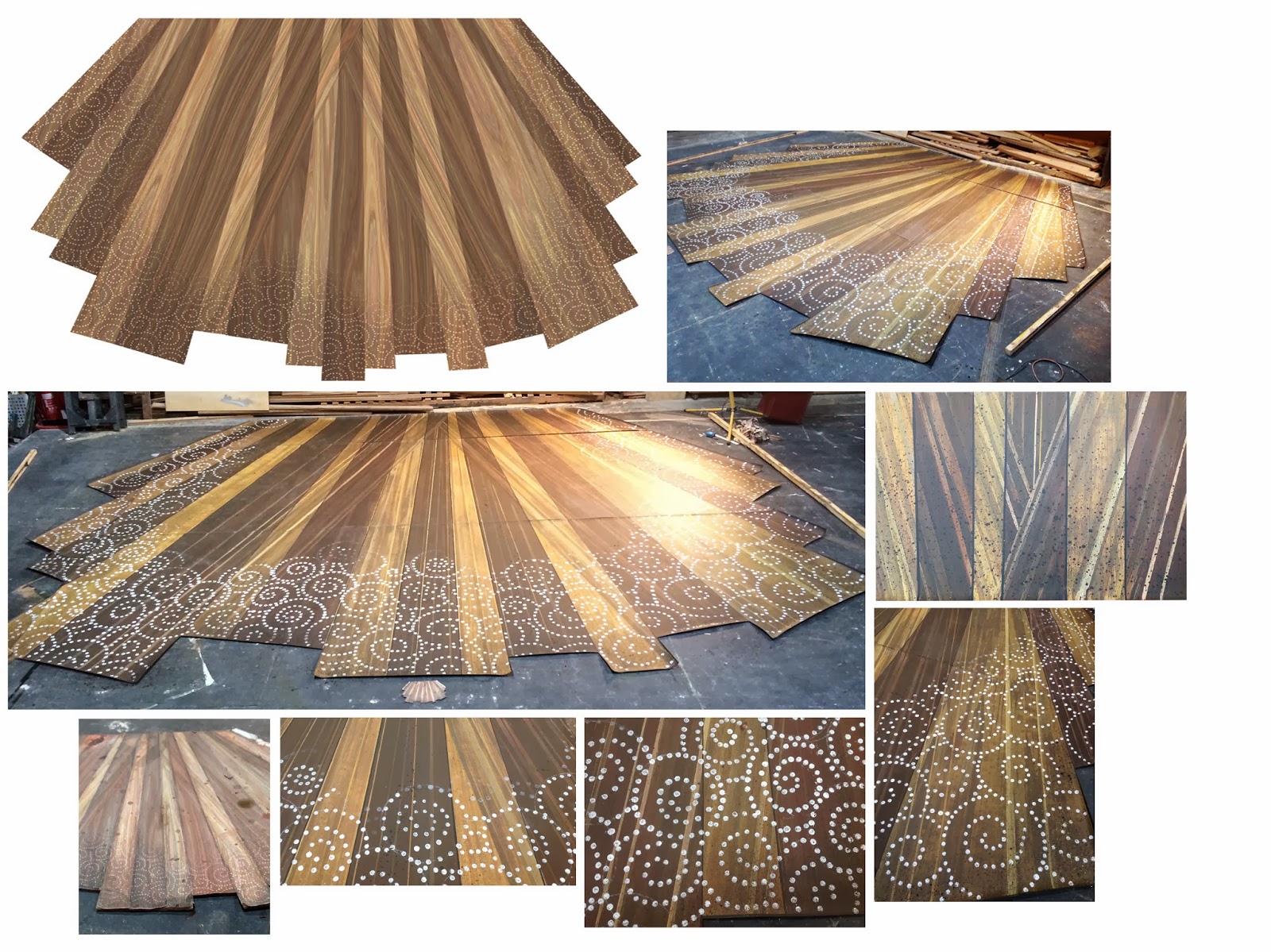 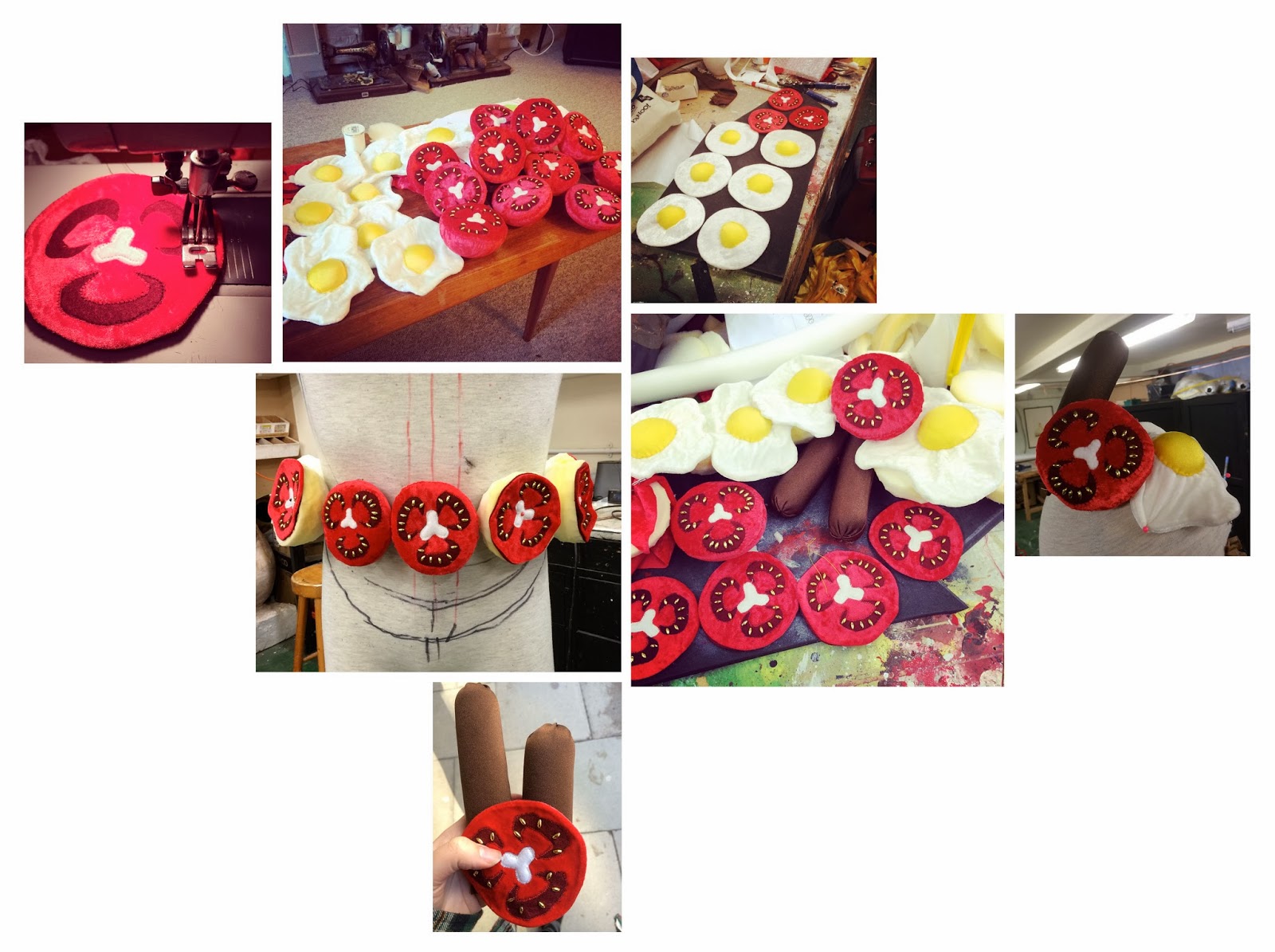 Jill Molynueux and I made these three sunflower head pieces. 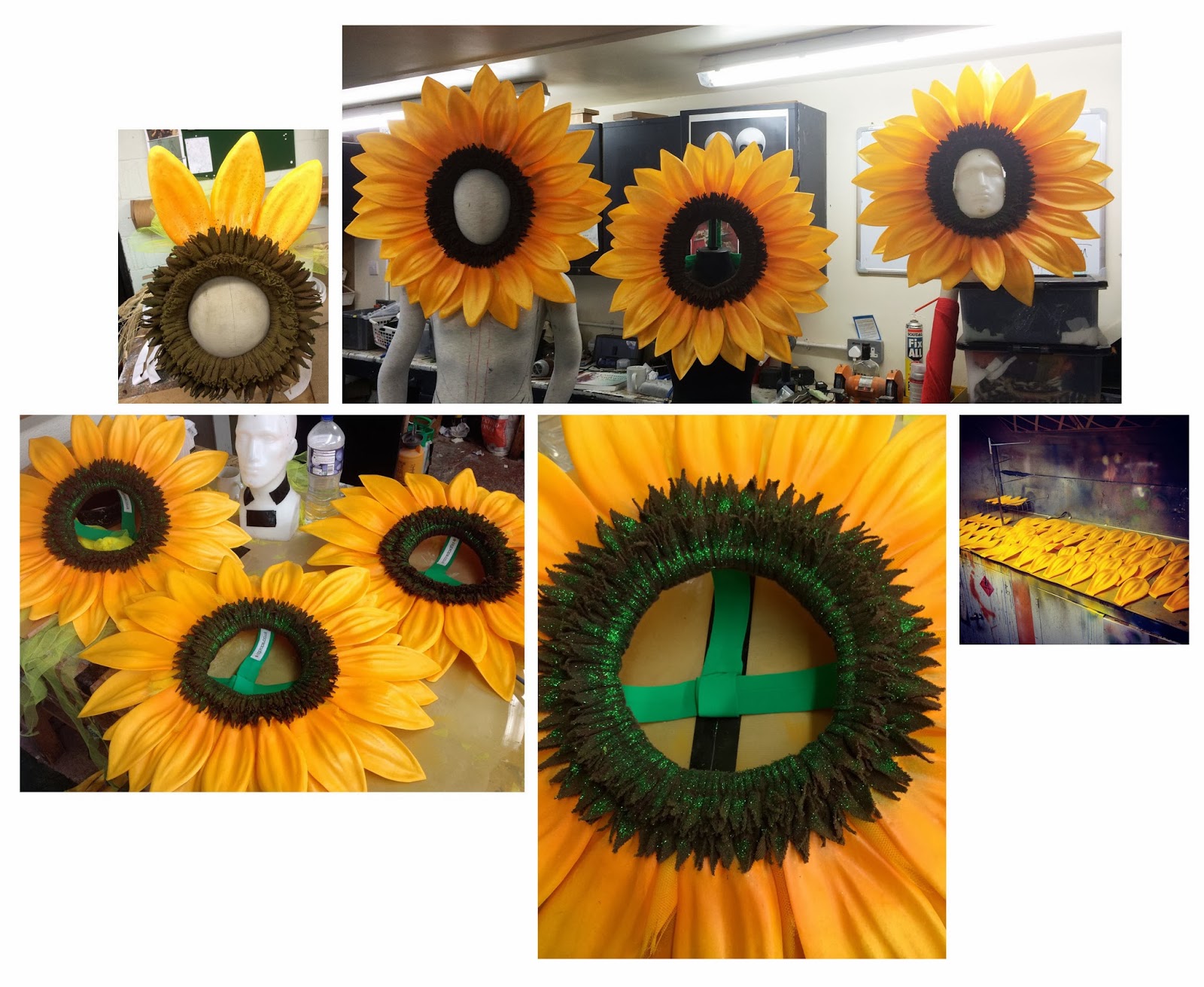 In January I made a new God cloak for The Book of Mormon, as they had a new taller actor. 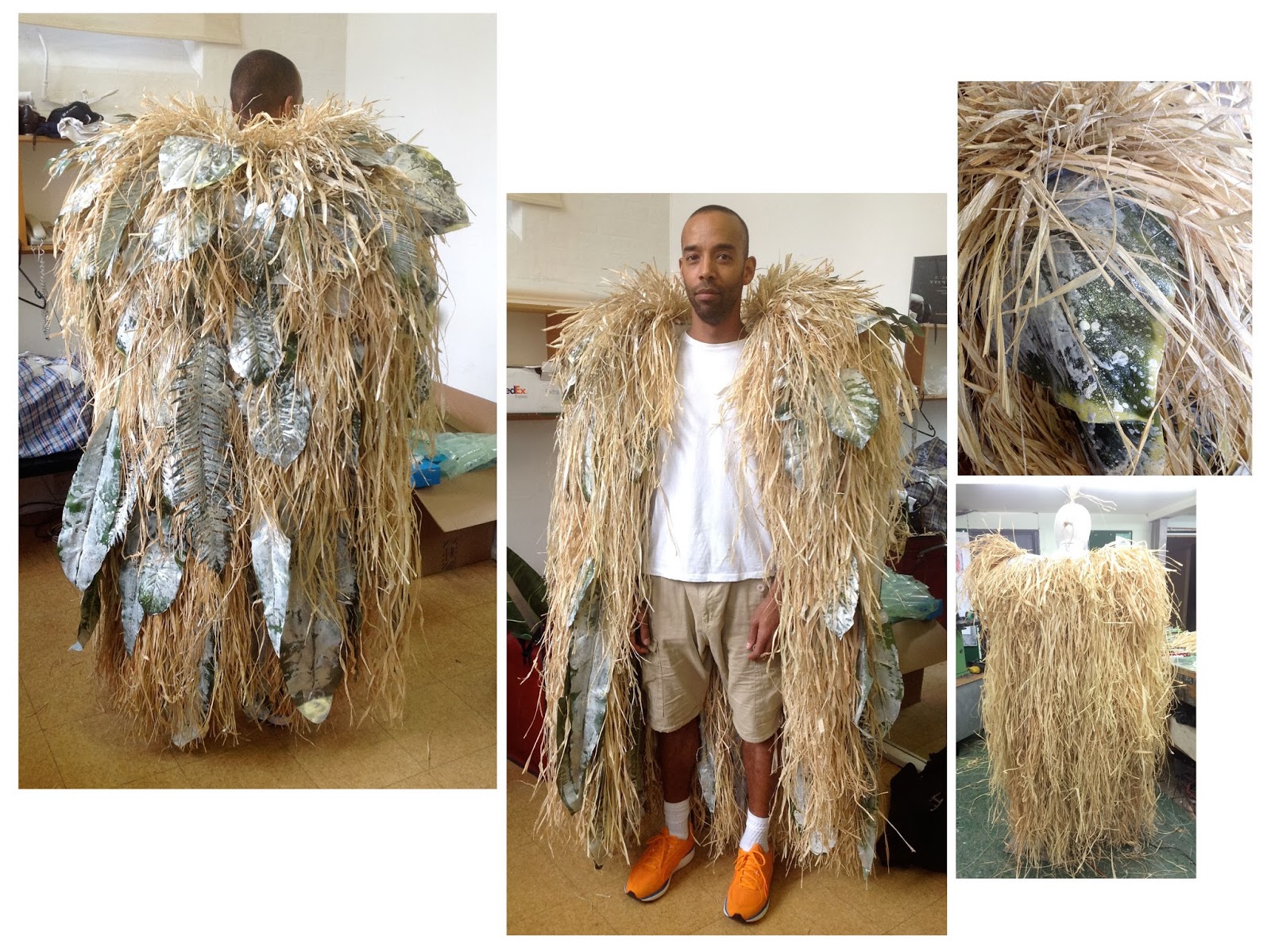 For Jagprops. http://www.jagprops.co.uk/
Posted by Kelly Jago at 04:46 No comments: 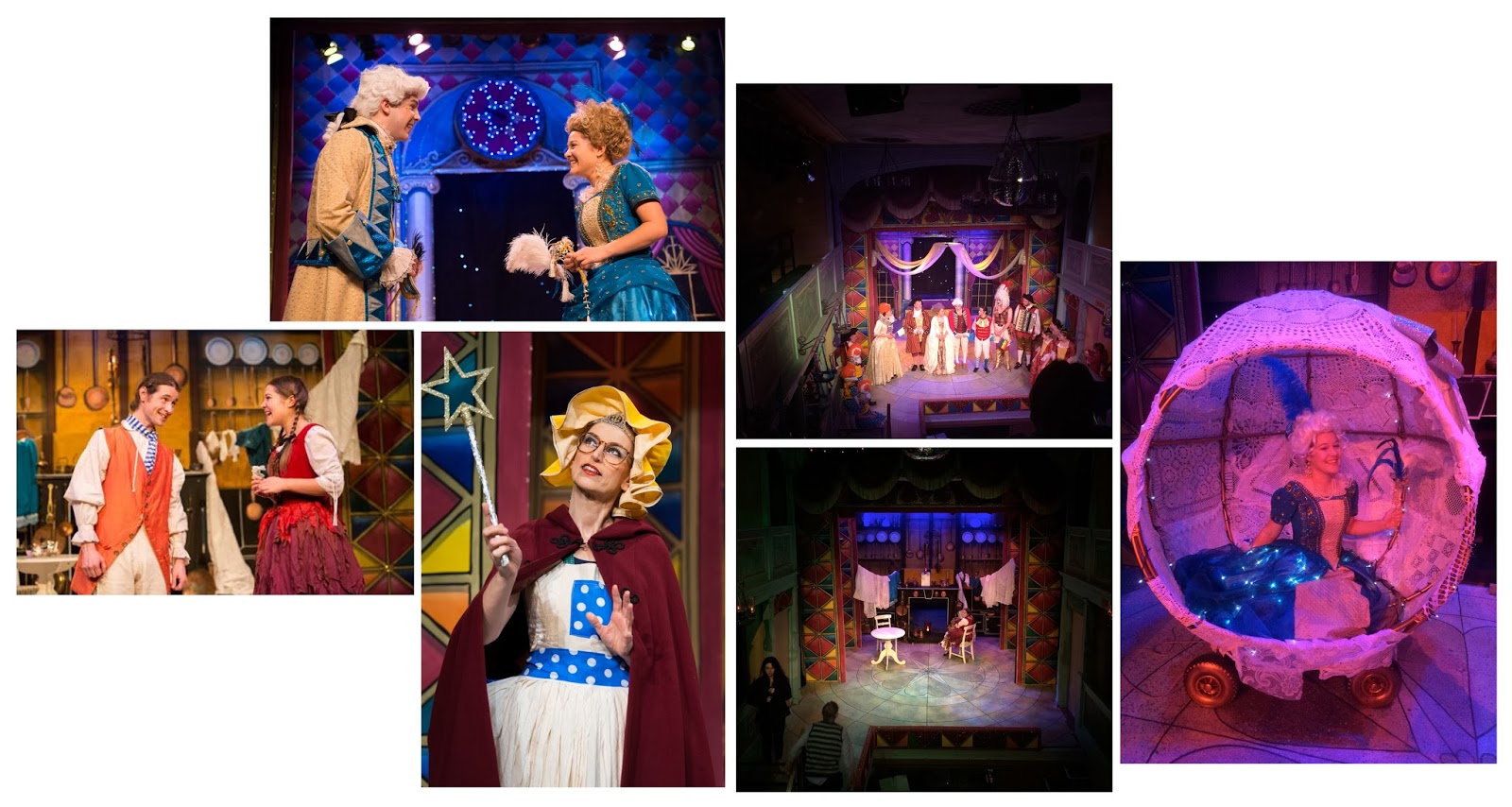 Northern Echo/British Theatre Guide - Helen Brown:
"PANTO is the last refuge of the old variety performances when music hall was king. Where better to put the nation’s favourite, and the oldest traditional Christmas pantomime, than in this beautiful little theatre.
And what a panto, I’ll go as far as saying that it’s the very best panto I’ve ever seen.
Director Tony Lidington knows a thing or three about theatre and it shows. He uses shadow puppetry to cover the early scene-setting story to great effect."
"The use of the historical woodland scene backcloth was a masterstroke from designer Kelly Jago, even though the copy cloth is probably more tatty than the original, she complimented it with some extraordinary painted scenery in the kitchen and I think Jago has probably got glitter in her veins - I bet she glued glitter to macaroni as a child."
The Stage - Kevin Berry:
"This is a visually beautiful pantomime, rather than merely pretty, that will live long in the memory."
Teesdale Mercury:
The sets and costumes are perfect throughout and the children as sprites are an absolute delight even if just a touch scary.

If you don't know of the Georgian Theatre Royal have a look at this tour of the Theatre:

Painting the Cinderella cloths at the Bristol Old Vic 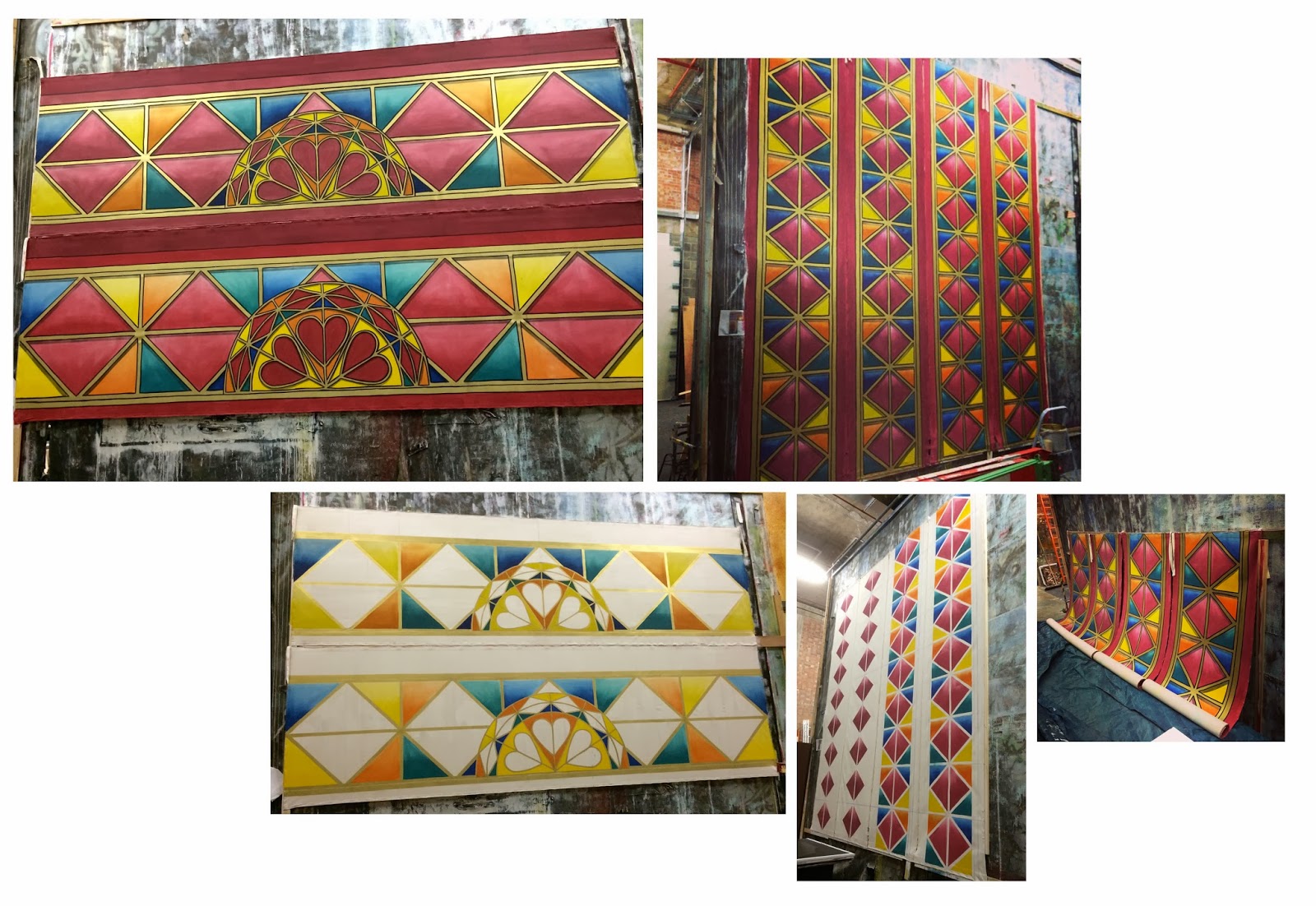 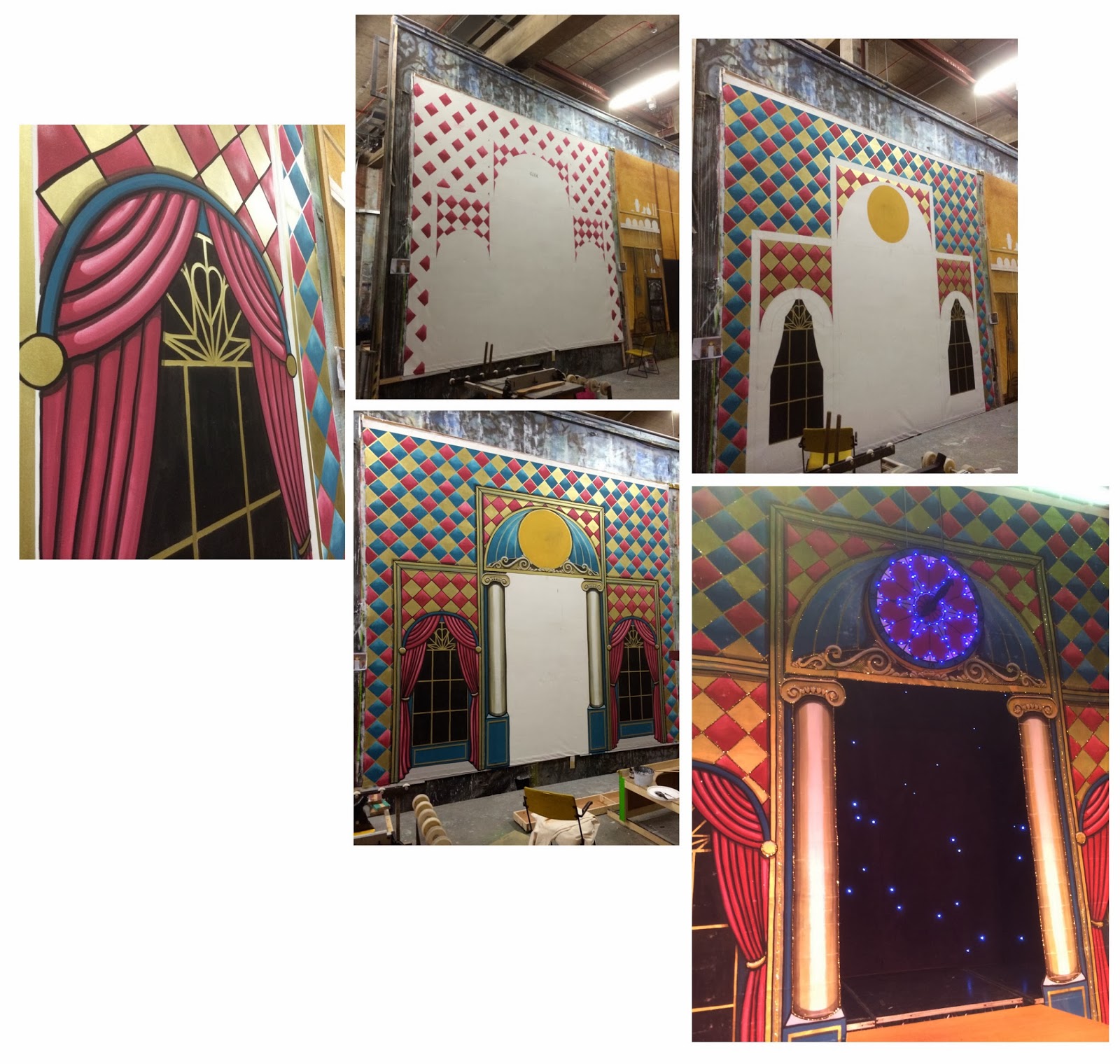 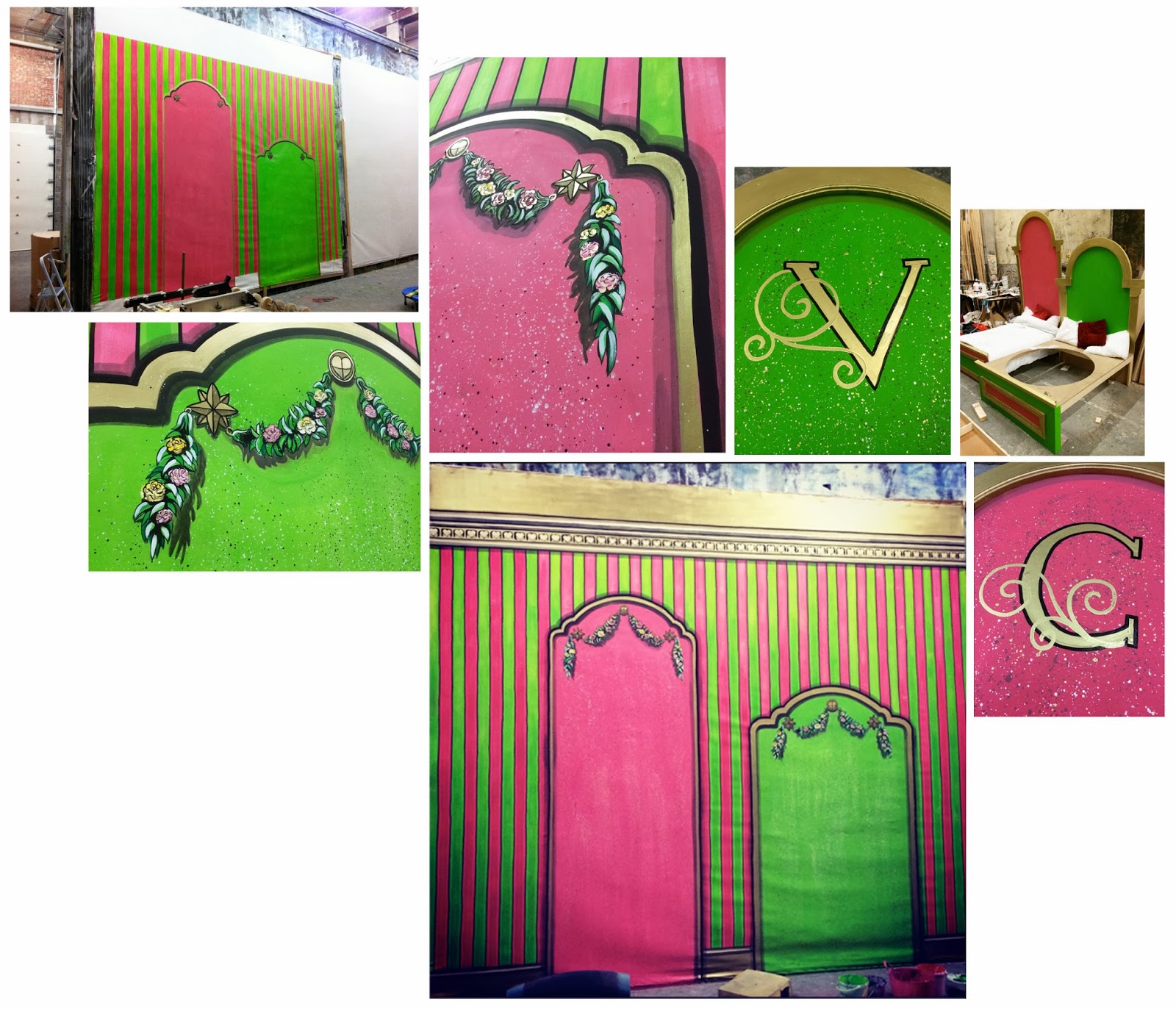 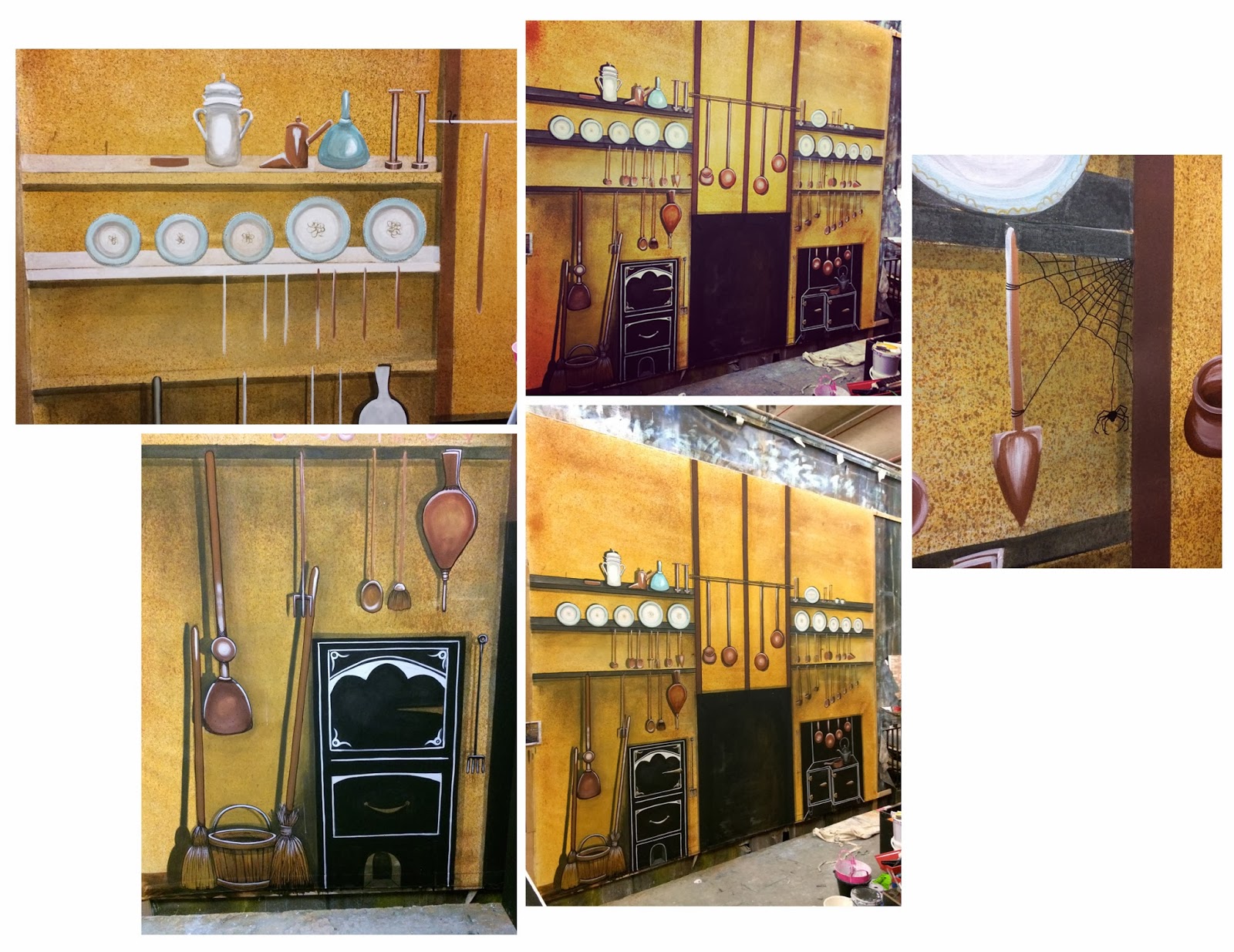 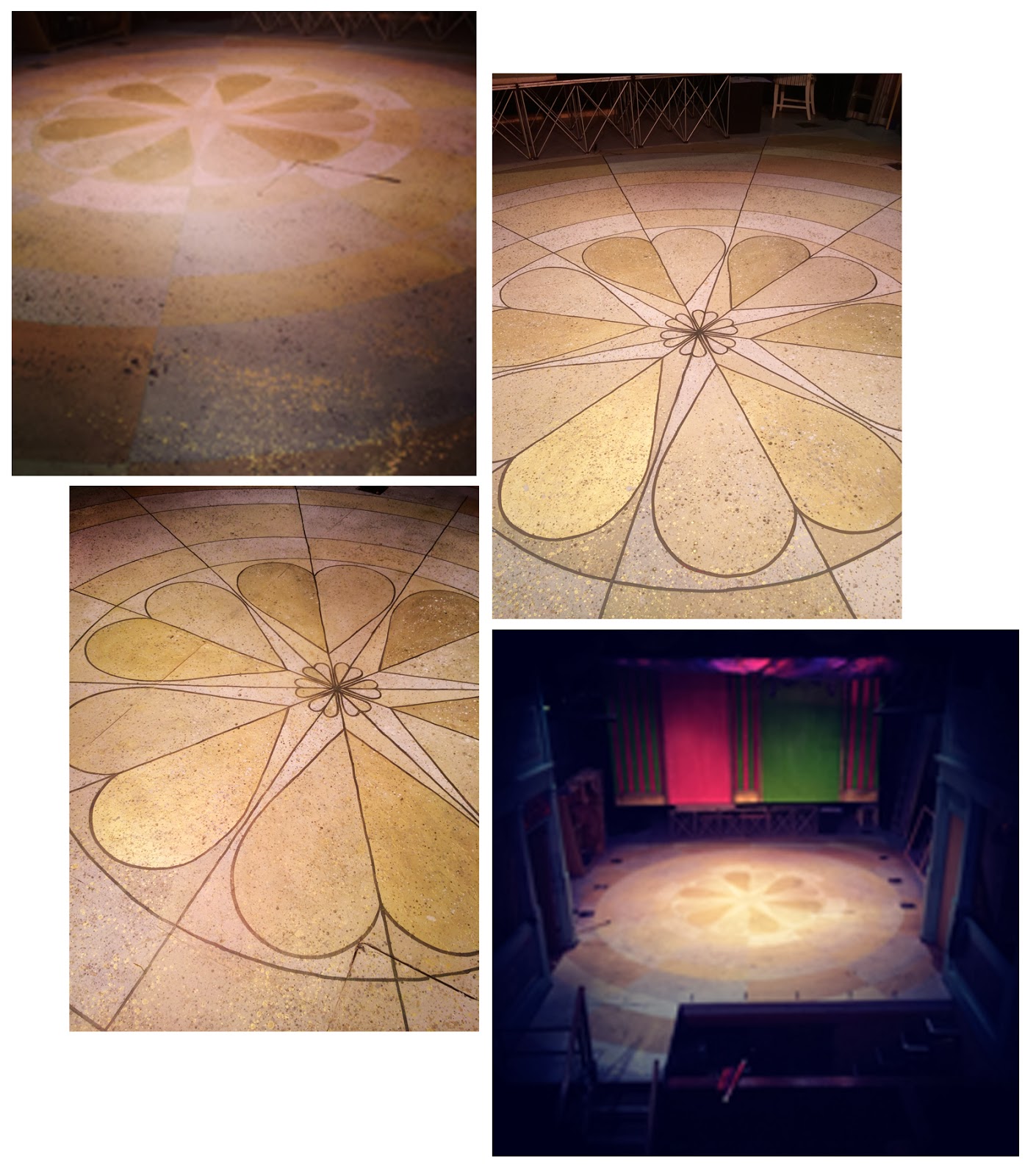 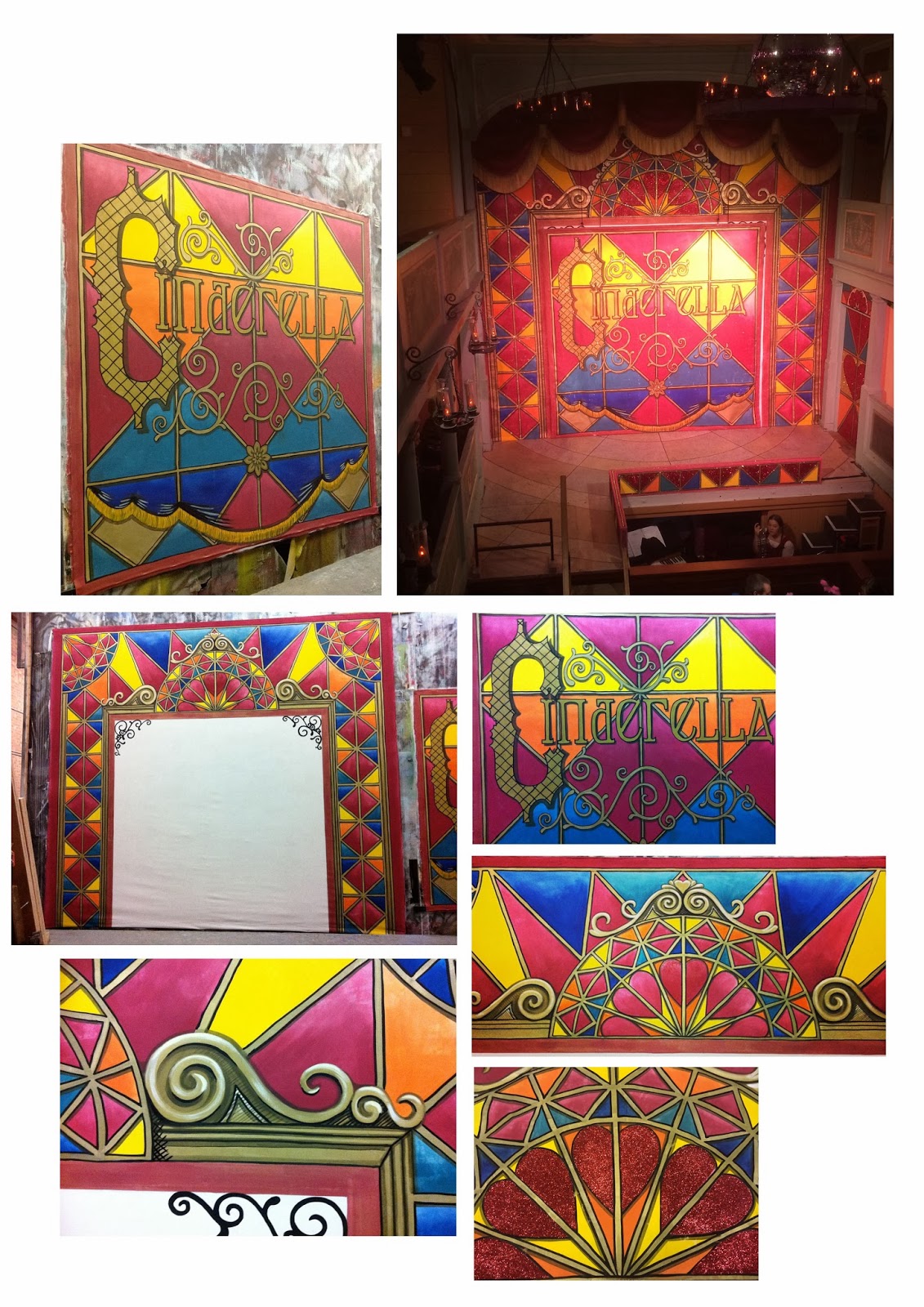 Finished designs for 'Cinderella' Panto 2013 at The Georgian Theatre Royal 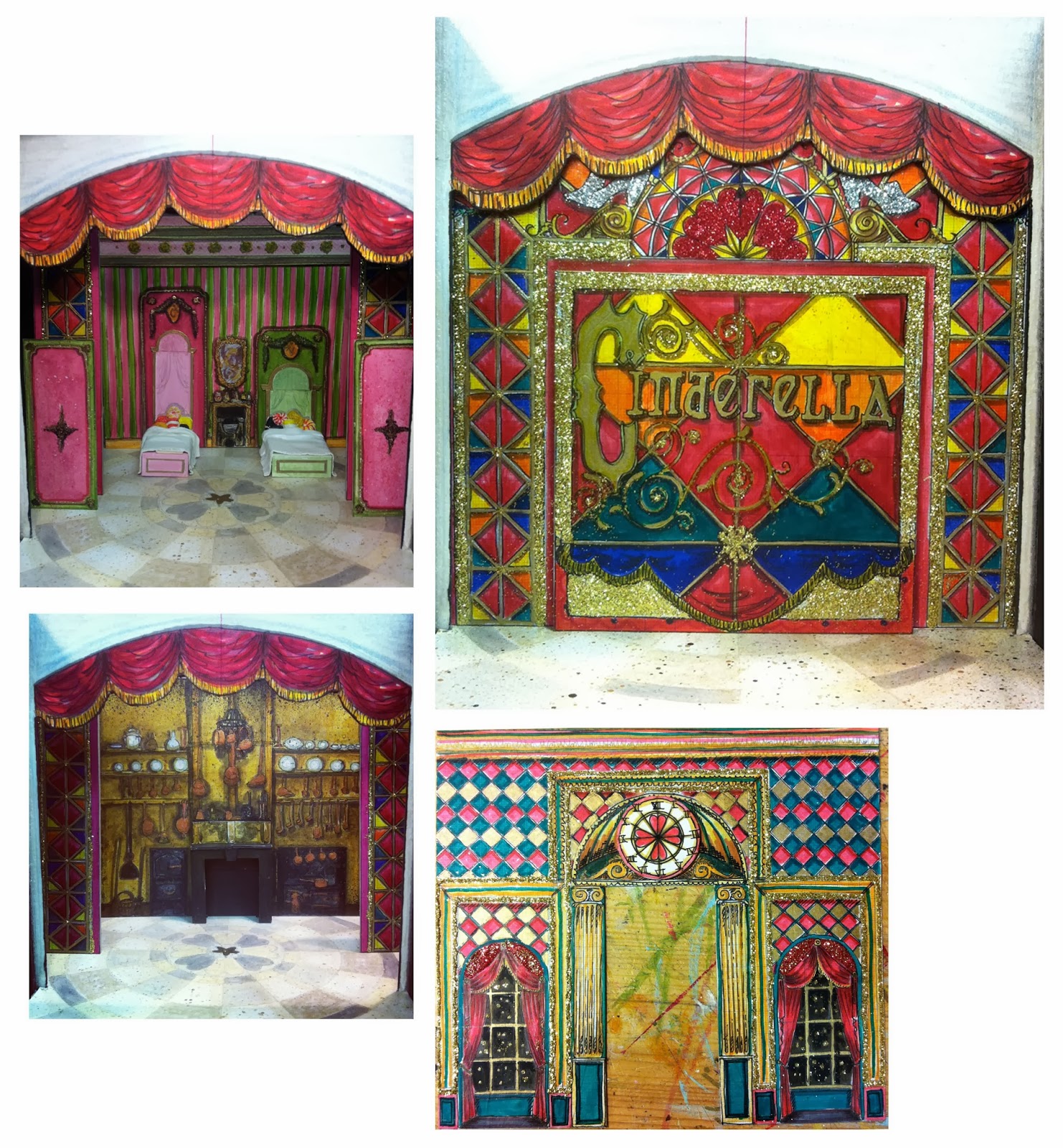 I made 6 treasure ground rows for Jagprops, sculpted from polystyrene, then scrimmed with idendon and layered with fabric and trinkets! The Chests themselves are made from plastizote.

This job was particularly difficult as the treasure chests are made in perspective so they look full size but they are actually squashed and only about 30cms in depth. 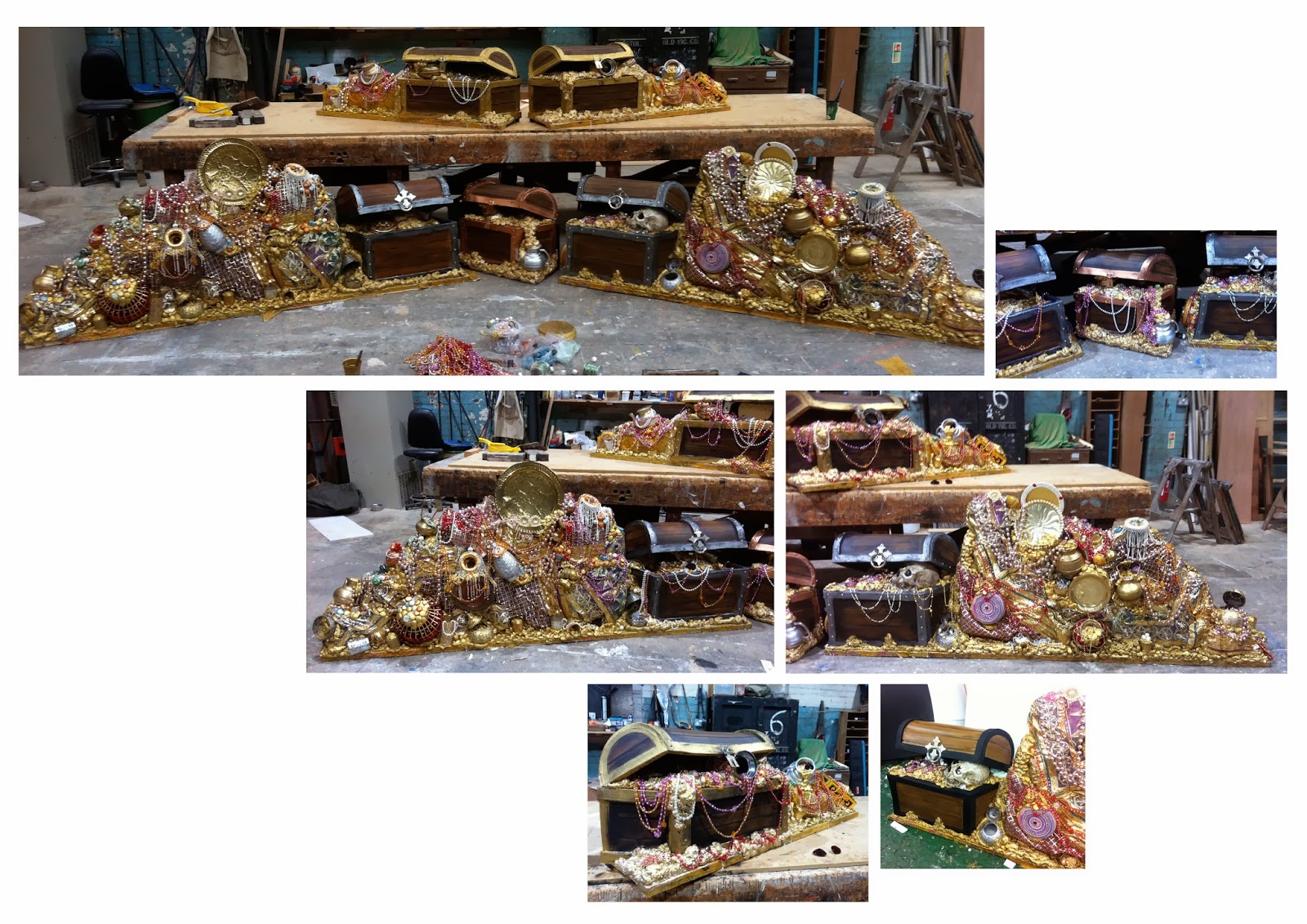 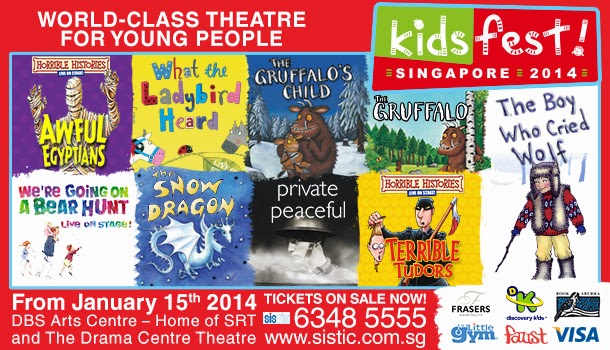 The Boy Who Cried Wolf opens at Sheffield Crucible

Some reviews from Sheffield:
WhatsOnStage.com5 starsPublic Reviews3 stars*‘charming and wintry take on Aesop’s famous fable’*The Guardian
*‘an entertaining and engaging young people’s piece of theatre’*Theatreworld
*‘energetic… skill and subtlety’**‘fun, vibrant and entertaining’**‘giddying delight’*The Public Reviews 4.5 stars
*‘school children… were roaring with laughter at the woolly-hatted sheep wriggling their bottoms’*Whatsgoodtodo.com
*‘tutti frutti Productions director Wendy Harris aided by Kenny’s take on the story, offers a magical world full of sheep, knitting and wolfish behaviour where the audience’s imagination can run riot….’* The Northern Echo
*‘The younger children in the audience were transfixed, and there is much for us older ones to chuckle at as well’* British Theatre Guide
‘It was enchanting, uplifting and could melt the heart of any children’s theatre cynic. Definitely recommended’ Yorkshire Times online

The Boy Who Cried Wolf trailer

Here is The Boy Who Cried Wolf trailer: 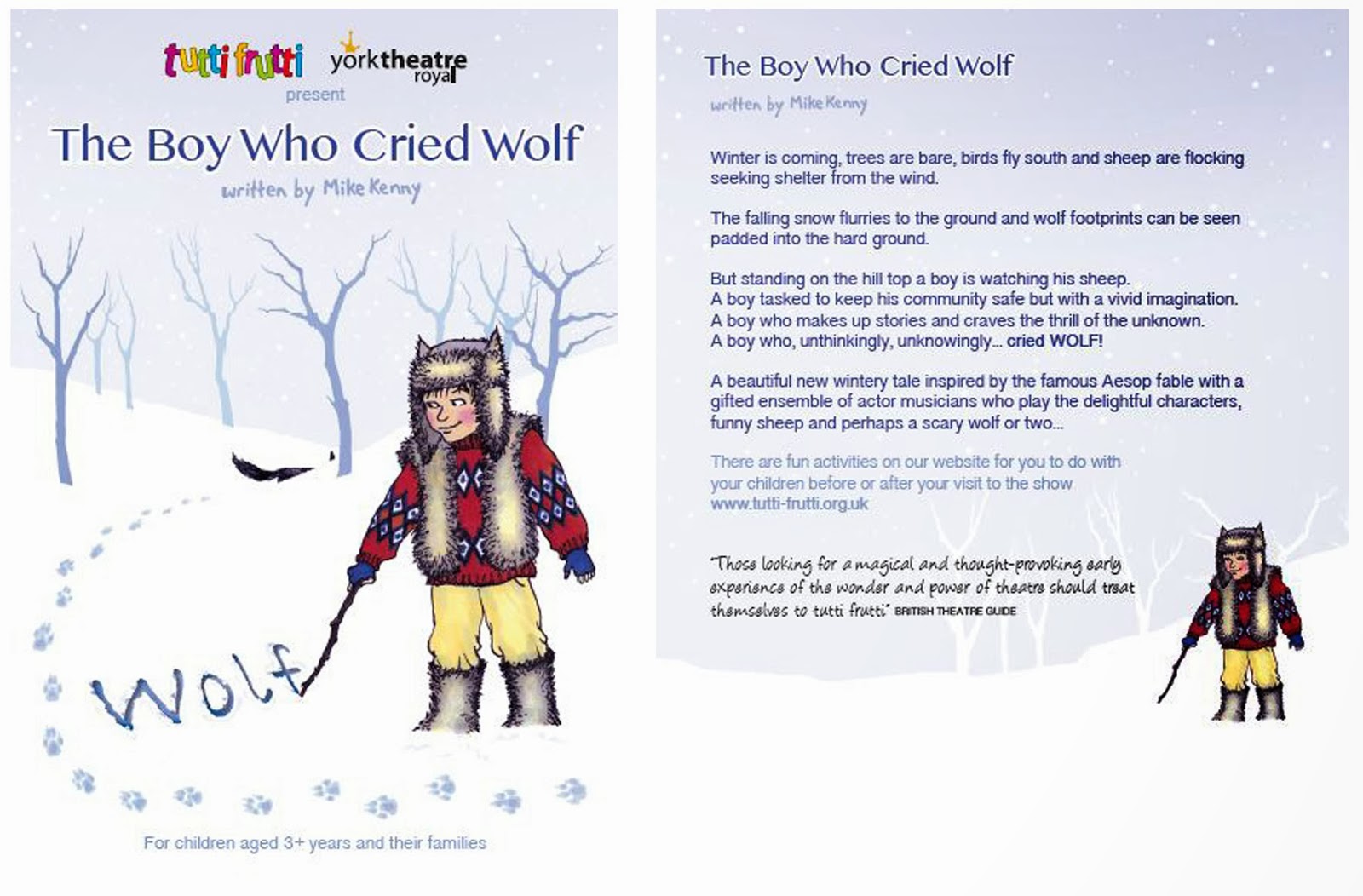 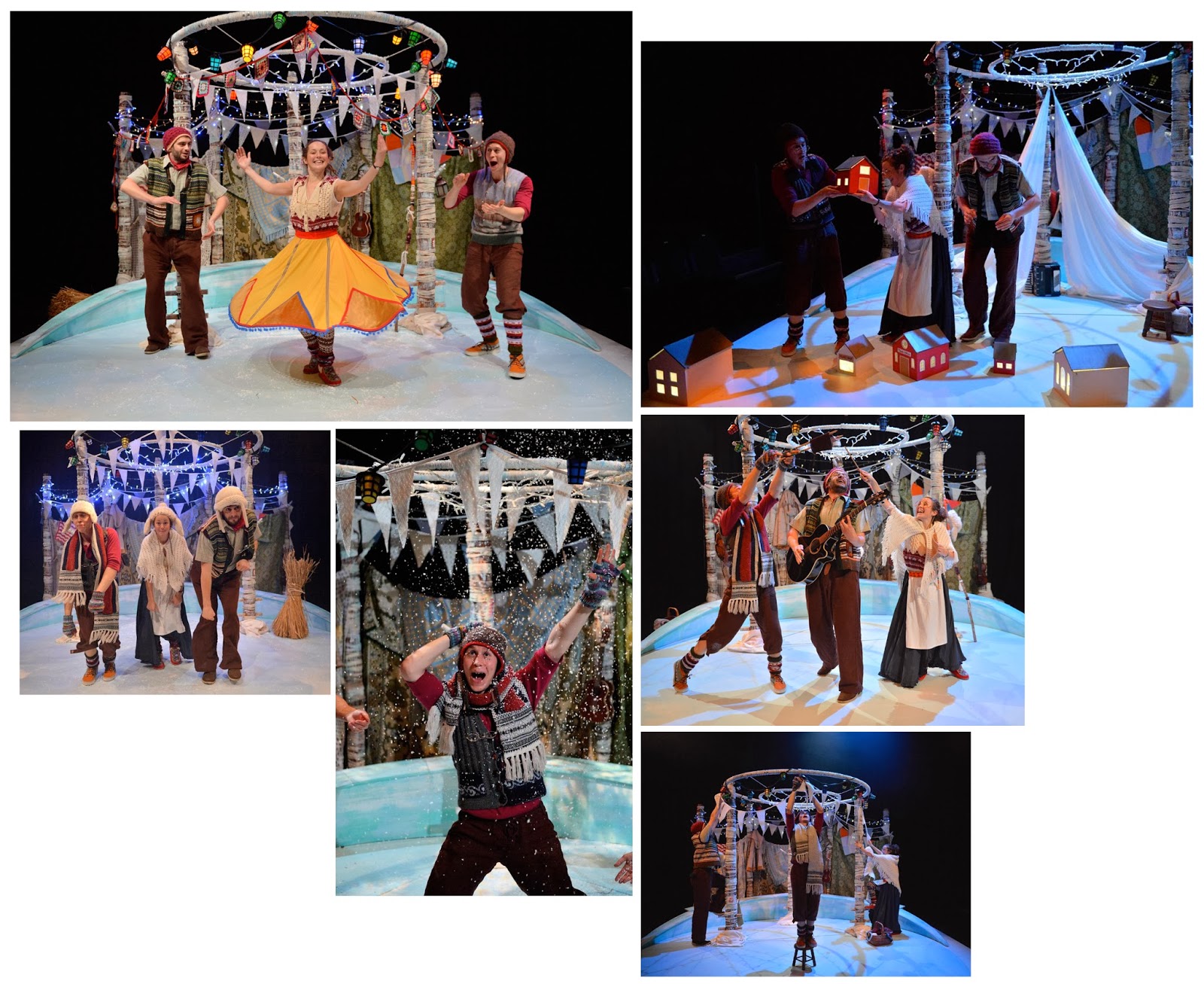 Here is the final model for The Boy Who Cried Wolf 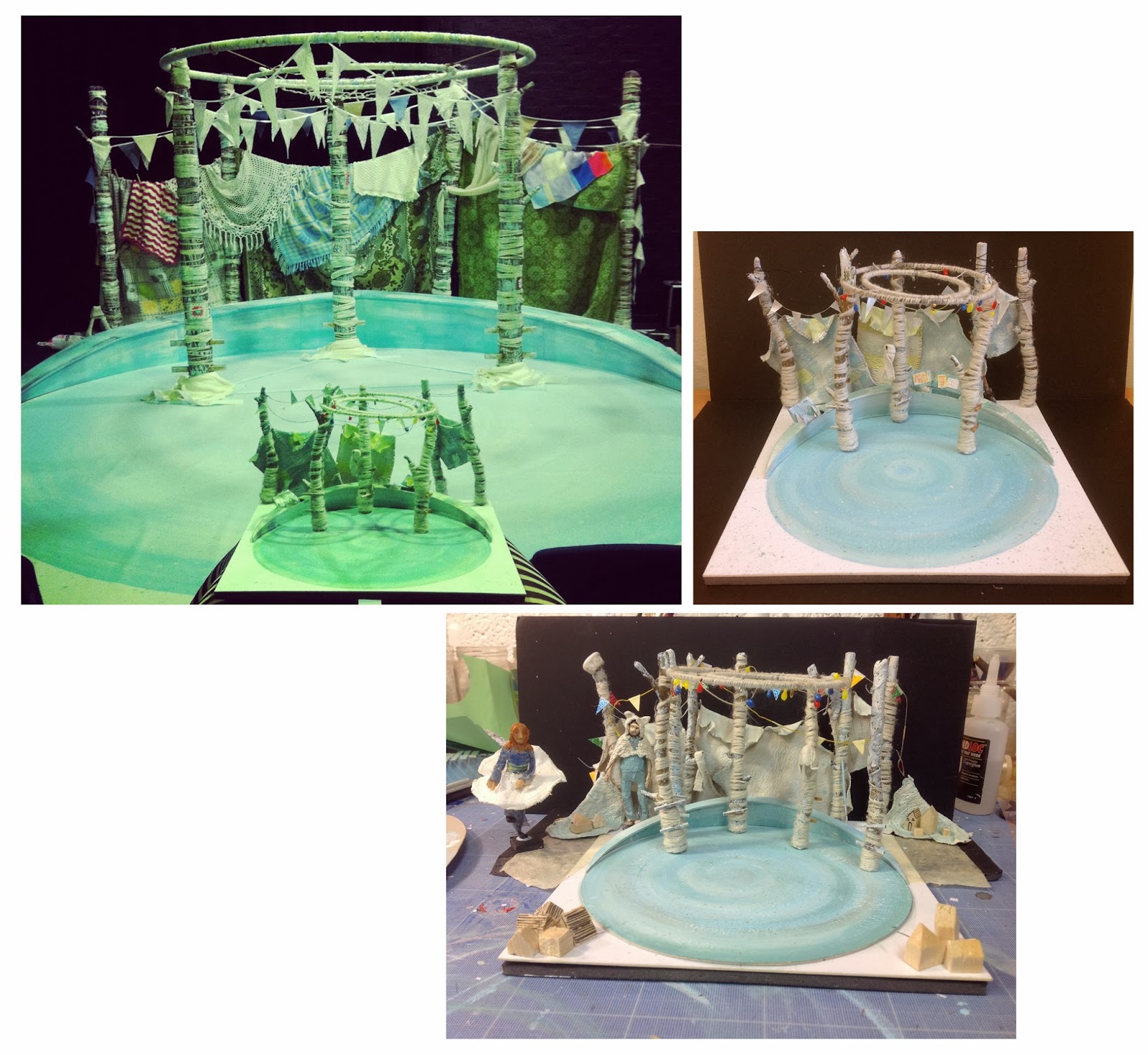